A day and a year of change for the European Union 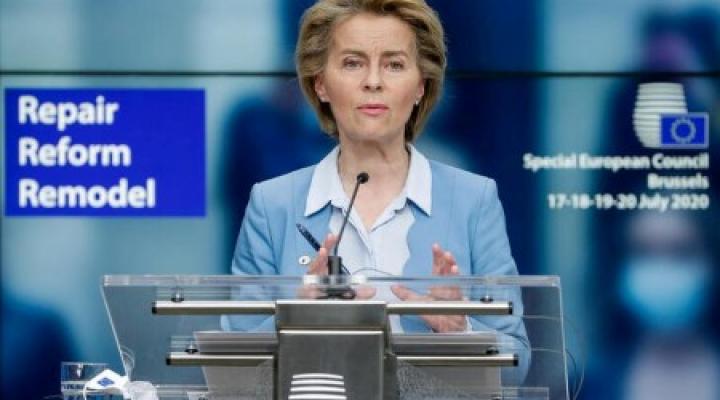 “Europe was born in a crisis and will be forged in crises”, Altiero Spinelli used to say, convinced that European unity was “the political project of our time”.

27th December 2020 will probably go down in Europeans’ collective memory as the day when the Union, as it began distributing the vaccine to all its member countries, showed that it was capable of offering its citizens protection and acting as a united front against the virus, a common enemy which has had a devastating impact on our health and our way of life. Ursula Von der Leyen, the President of the European Commission, has stated that the vaccine will also be distributed to the Western Balkan countries (not yet members of the EU) and North Africa: this represents the first concrete step in a European foreign policy.

An institution that guarantees these “common goods” is already a state, albeit incomplete.

Faced with this huge global crisis, the European Union reacted promptly. Despite the handicap of a decision-making process that does not always allow majority voting, the EU has made clear political choices, equipping itself with the tools to face both the pandemic and the serious economic downturn generated by the lockdown.

Firstly, the prompt intervention of the ECB enabled the purchase of government bonds from the countries most affected by the pandemic. Then the Commission suspended the “Stability and Growth Pact” to allow states to go into debt to fund the first measures to support businesses and citizens; it also set up a “European unemployment scheme” (SURE) worth 100 billion euros.

But, above all, last May the Commission – which now increasingly resembles a “European government” – launched the Recovery Plan for Europe, whose name recalls the Marshall Plan (the European Recovery Program), the initiative that helped rebuild Europe after the war.

As is known, the Plan is based on two instruments. The first is Next Generation EU, namely 750 billion euros in investments aimed at funding the recovery and, at the same time, managing the transformation of the European economy towards the energy transition and the digital revolution. The second is the increase in budget (from 1% to 2% of European GDP), and the addition of European debt securities (union bonds) to finance investments. New “own resources” for the Union are also in the pipeline, from a carbon border tax (to reduce CO2 emissions), to a web tax (on tech giants), as well as the introduction of measures to combat tax havens and money laundering.

The Plan’s “political philosophy” is clear: to put Europe back on its feet and drive change, in the direction of the Green Deal and the digital revolution, to enable the Union to face global challenges on an equal footing with the other superpowers.  “Nation states are no longer the answer” is a sentiment shared by Angela Merkel, leader of the most important EU country, and Ursula Von der Leyen, representative of the “European government”: two women who personify the shift from national to European politics.

The Recovery Plan therefore represents a strong, united political response, which has made it possible to overcome the flaw that “hobbled” the Maastricht treaty (creating a currency without a state, as is generally said), teaming the euro with the first form of European economic policy: investments based on common resources, guaranteed by a stronger budget. In this respect, the Plan is therefore revolutionary: it marks the introduction of a European fiscal capacity, additional to and operating in parallel with that of the Member States. And all of this has been achieved without reforming the Treaties: the Union has thus strengthened its implicitly federal nature, upholding the principle that European solidarity is  possible if there is common control over the use of resources, guaranteed by common rules and institutions.

This philosophy also enabled the “compromise” reached at the end of the year, which establishes a link between the distribution of common resources and respect for the rule of law. Like all compromises, it is not entirely satisfactory, but it has allowed the resources of Next Gen EU to be linked to respect for the rule of law, removing the veto threatened by Poland and Hungary.

The objectives of the Recovery Plan are valid not only for Europe, but also the rest of the world, which has to find a cooperative, non-conflictual way of managing both the environmental crisis and the technological revolution. Europe is leading the energy transition and helping to write the rules for the digital revolution, showing people that there needs to be a “common sovereignty” over a number of global public goods, at the service of humanity.