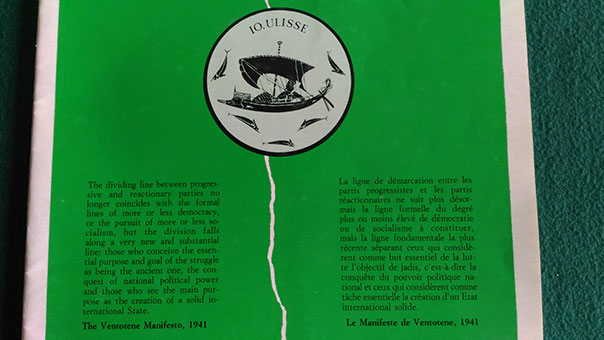 “The dividing line between progressive and reactionary parties no longer coincides with the formal lines of more or less democracy, or the pursuit of more or less socialism, rather the division falls along a very new and substantial line: those who conceive the essential purpose and goal of struggle as being the ancient one, the conquest of national political power, and who, albeit involuntarily, play into the hands of reactionary forces, letting the incandescent lava of popular passions set in the old moulds, and thus allowing old absurdities to arise once again, and those who see the main purpose as the creation of a solid international state, who will direct popular forces towards this goal, and who, even if they were to win national power, would use it first and foremost as an instrument for achieving international unity.”

From The Ventotene Manifesto, 1941