Think and act like a citizen of the world 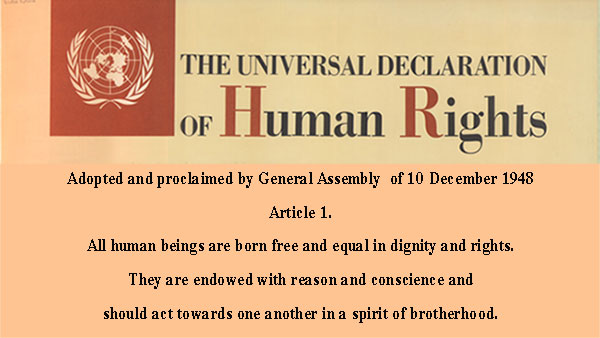 Think and act like a citizen of the world

In our politically and economically interdependent world the idea of progress seems to have disappeared. The major powers have taken up the nuclear arms race once more, investing heavily in the military sector when what we urgently need is effective international cooperation on sustainable development to halt global warming. It is only right, and entirely understandable that young people are protesting. So what can be done to ensure a future for humankind?

On the Mediterranean island of Ventotene in 1941 a group of anti-fascists wrote the Manifesto for a Free and United Europe, in which they proposed a new idea of progress: at the end of the war, they envisaged the continent’s sovereign states cooperating peacefully thanks to “the creation of a solid international state”. This revolutionary message – no more wars – spurred people of good will and organizations of volunteers and politicians to fight for European unity. Their work played a decisive role in the construction of the European Union (EU), the first supranational organization in history.

But the European Union remains a weak institution, whose survival is threatened by the current scenario of increasing international disorder. The current pandemic is also jeopardizing the EU’s political cohesion. And although the fact that a “European Green Deal” is on the table is an encouraging sign, if it does not lead to a World Green Deal we cannot expect to solve the environmental crisis.

The Ventotene Lighthouse aims to spark the debate and political initiatives necessary to assert a new idea of progress. Many European citizens have understood that the European Union, however imperfect, has guaranteed more than 70 years of peace on this continent. This represents a public good that is not just European but global. We are European citizens hailing from various member states. Our governments have said no to war, and are committed to resolving the inevitable economic, social and political clashes that arise by applying the rule of law rather than military force. Europe’s citizens can now study, work and circulate freely throughout all of the Union’s countries.

The European model can also be adopted by other continents, as is happening in Latin America, Africa and Asia. On a world scale, global governance – namely peaceful cooperation between the major powers to tackle the climate emergency and initiate a controlled process of disarmament – is both necessary and possible. Subsequently the status of world citizenship, similar to European citizenship, could be introduced.

Some will say that this is a utopia, an unrealistic dream. It is not so. The same accusation was levelled at the federalists when they proposed a United States of Europe as the goal of the integration process. The European Union is an unfinished federation, but its history shows that without an idea of progress politics remains trapped in the past. The task of the political avant-garde is to point the way forward.

The Ventotene Lighthouse speaks not only to the vanguard. To party politicians and national governments we say: how can you guarantee the safety of your citizens if the enemy can arm itself with nuclear missiles many times faster than the speed of sound? The counter-strike – needed in a matter of minutes – would inevitably have to be entrusted to artificial intelligence, but that would leave you open to risking the complete annihilation of both your own country and the rest of the world (as in the days of the MAD scenario). We also ask you: why are you not listening to the urgent appeals of the scientists warning us that we are about to pass a tipping point in global warming? Beyond that point, your citizens will be condemned to a lingering death. Lastly, we say: to tackle the global emergencies we face, why do you not enable the UN and all the other international organizations (like the IMF, the WTO, etc.) to reinstate the rules of multilateralism, now compromised by the rising tide of nationalism, and why do you not permit international tribunals to defend the rights of the world’s citizens – proclaimed in the Universal Declaration of Human Rights of 1948, but not enforced by the law?

This battle can be won. In the nineteenth century the governments of Europe, bolstered by their industrial power, devoted their energies to colonization, subjugating almost all of the earth’s peoples. After dividing up the spoils they set upon each other in the fight for planetary supremacy. The two world wars put an end to this nationalistic power-mongering, and in the post-war period the two super-powers, the US and the USSR, guaranteed a sort of weaponized truce – the balance of terror – that enabled many nations, both industrialized and developing, to grow economically. Now, the two super-powers have left the scene: one disintegrated after the fall of the Berlin Wall, and the other is behaving like an arrogant nation state, even refusing to cooperate in efforts to save the planet.

This scenario of increasing international disorder is being fueled by second generation nationalism. Nationalism is the ideology of the sovereign nation state and the just war. Whenever they can, nationalists attempt to assert their supremacy over other states (America First, Russia First, China First, etc.), and they reinforce their domestic power by pursuing policies of cultural homogenization: everywhere, ethnic, religious and linguistic minorities are being oppressed. In the 1920s this is what enabled dictators like Mussolini and Hitler to exploit the weakness of democratic governments and seize power, triggering a global cataclysm. We run the same risk today.

The Ventotene Lighthouse believes that it is possible to halt this self-destructive trend. Worldwide, civil society shares a culture that shows its openness to solidarity and friendship between peoples; production chains are inextricably linked across national confines; students willingly pursue their education in different countries and speak several languages; scientific and technological research knows no borders, and the same is true of communication networks, epidemics and migration flows. We inhabit a world that we view as our natural homeland, while planning interplanetary voyages.

Second generation nationalism can be defeated by a movement that relentlessly exposes the lies told by national governments opposed to the creation of supranational institutions, in their continents or globally. The physical and political barriers that divide the people of this planet must be torn down. We cannot let the spreaders of hate implement their doom-laden designs.

The first step is to think and act like a citizen of the world.