G20: nobody left behind. The teaching coming from the Manifesto of Ventotene 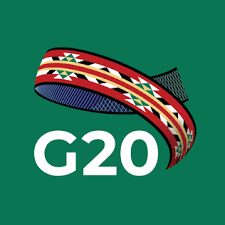 During one year Italy will chair for the first time the G20 – the network of the more developed countries in the world for their global GNP (90%), the import/export (80%), the inhabitants (2/3 of the humanity), the cultivated lands (60%) and the agricultural products (80%) – and mainly the meeting of the leaders that will take place in Bari the 30th and the 31st of October after the G7 chaired by the United Kingdom and the COP26 of Glasgow from the 1st to the 12th of November.

The G20 is an intergovernmental network born in Washington in 2008, after the explosion of the biggest economic depression in 2008 eighty years after the Great Depression in 1929, with the aim or the illusion that the “Greats of the Planet” were able to assure the governance of the world on the way of an international cooperation founded on the principle: nobody left behind.

As we know – and that is its weakness, its no accountability and its no capacity to deliver – the G20 is a jumble of liberal democracies and totalitarian states, of free market systems and countries where the State capitalism prevails, of economies coming from years and years of industrial development and productive systems of new industrialisation, of countries engaged in the respect of the Sustainable Development Goals and States very far to the objective of a free carbon society.

All the debates made around the bedside of the international financial system have been without tangible results, the planet is paying the non-respect of the step-by-step implementation of the Agenda 2030 and between the Twenties (the permanent nineteen countries, the European Union as such and the permanent observers as the International Monetary Fund, the World Bank, the OECD and UN) nobody has had the idea to put again on the agenda the question of the reform of the UN Security Council – stopped for years – following the initiative launched by the group Uniting for Consensus or, thinking big, supporting the campaign for a United Nations Parliamentary Assembly.

Between the very minimalist proposals, the group suggests to avoid the obstacle of the permanent seats enhancing the representativity of the regional groups, giving to Africa the largest number of temporary seats, acknowledging to Asia the highest percentage increase and doubling the seats of Latin America and Eastern Europe.

If we would relaunch a global governance founded on the principle of multilateralism – left during the four years of the Trumpism but not only by Donald Trump – by rotating it around the “three P” (People, Planet and Prosperity) it is necessary to start with the main objective: nobody left behind.

In view of the G20, the think-tank are diffusing a globe where the members of the network are indicated by different colours following their status as full members, permanent observers or special guests.

What strikes a geopolitical eye is the lack of the fifty-five States of the African Union – with the only exception of South Africa – in a Summit and in a great number of preparatory and parallel meetings where the participants will discuss about the social effect of digitalization, the climate change, the sustainable energy sources, the international trade, the transnational terrorism and last but not least the fight against pandemics “in view of a sustainable, fair and resilient recovery”.

Each point of the G20 Agenda contains a question, that will remain without answers from the leaders, concerning all the five continents and related to the epochal phenomenon of the migration movements bound to grow because of the effects of the climate change, the social consequences of the pandemics and the international trade more and more less fair and supportive.

The question of the world governance of the migration movements shouldn’t be separated to the human dignity right which is trampled in many countries of the G20, starting with Saudi Arabia that has hosted the meeting of the leaders last November.

We want remember thus right when a part of the world is celebrating the international day of the life in the cities dedicated to the abolition of the death penalty “legally” binding in at least one third of the G20 members.

All these arguments confirm the necessity and the urgency to invite the African Union as such because the participation of the South Africa leader, acting president of the African Union, isn’t enough.

Finally, we submit to the Italian government the proposal to offer, as an essential reading, to then leaders and the delegations a copy of the Manifesto of Ventotene written during the winter of 1941 in this Mediterranean Island.

The Manifesto exists in all the EU twenty-four official languages and also in Arabic but it could be easily translated in Chinese, Russian, Japanese, Turkish and in the main African languages.

It  could be useful to raise the attention of the participants to the fact that the recovery of the multilateralism implies a merciless battle against the absolute sovereignty, a debate on the modern crisis of our civilization which is the first chapter of the Manifesto and the acknowledge that the European Federation is the only warranty for a peaceful cooperation “in view of a far future when it could be possible the political unity of the planet”.