War and Energy, a crossing for global changes 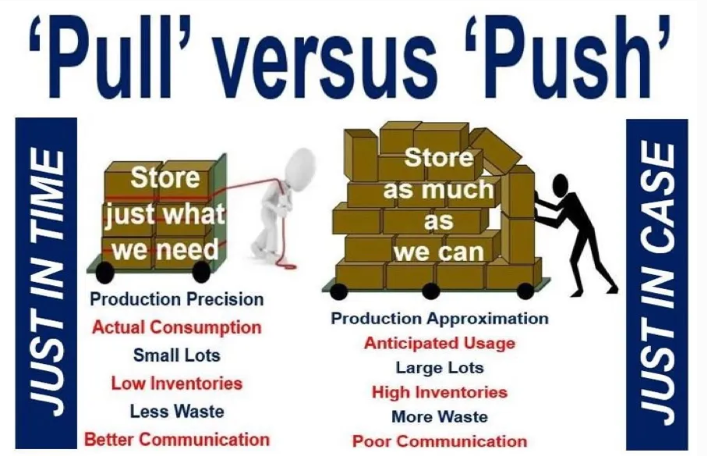 The war in Ukraine is hastening the transition, already set off by the pandemic, towards a new phase of globalisation. The global market that we have known until today is likely to change radically: the fast movement of goods, the fragmentation of the production processes and the cost efficiency are bound to undergo profound changes. The “just in time” framework, made possible thanks to digital technology and to the high reliability of transport and logistics, is at a turning point; this is a very efficient production model which requires, however, high levels of international cooperation — which are now fading.

Indeed, such cooperation was already dwindling. True, in recent years this has been the result of the disruptions caused by the pandemic; but this process has been under way for some years already. As early as January 2019, The Economist coined the term “Slowbalisation” to indicate a slowdown in world trade (The Economist, “Slowbalisation”, January 24, 2019). This can be attributed to an environment of increased mutual mistrust between different areas of the world, as well as within mature democracies with the take-off of populist and nationalist movements. The mayhem generated by the war is set to strengthen this trend, amplifying the distance between the West and the rest of the world.

The new confrontation between different political and military blocks, a possible outcome of the conflict, forces to overcome the cooperative model underpinning the fragmentation of the global supply chains. The return to the confrontation between blocks of influence[1] opens the new phase of the “just in case” economy. Supply chains are not reconfigured based on efficiency but on reliability and control. The distinctive feature of the “just in time” economy is the hyper-efficiency. The “just in case” model involves greater resilience and control, whose costs in terms of lower efficiency will ultimately contribute to the price dynamics.

On the other hand, bringing back home parts of value supply chains will raise cost but, likewise, fostering economic development, the wealth created will remain within the country or countries of the same area of influence. Perhaps we are close to a turning point for global trade, but it is too early to say for sure how it will actually evolve.

Europe, with its energy vulnerability, is cought into this huge reconfiguration of global value chains. The upsurge in gas and oil prices is starting to bite into the balance sheets of households and businesses: for example, in Italy in the first quarter of 2022 electricity and gas bills will increase between 40% and 50% (depending on the type of contract), in Germany the increases will be around 60%, while in the UK some operators have been forced to close their activities.

The energy transition becomes more complicated, the taxonomy for the energy mix as indicated by the European Commission divides the European governments over the inclusion of nuclear and natural gas, with the preferences of each country dictated by its specific energy positioning. For its part, the European Commission has recently classified gas as “green transition”, therefore usable during this phase, while France and the Netherlands remain in favour of nuclear power (President Macron in February announced France plans to construct six new plants).

Europe’s dependence on gas and oil is still enormous: the Center for Strategic and International Studies estimates that Europe imports 400 billion cubic metres of gas per year (CSIS, “The Energy Weapon Revisited”, March 18, 2022). “The events of these days highlight the recklessness of not having diversified enough our energy sources,” Mario Draghi told the Italian Parliament, stressing that since 2014 Europe has become even more dependent on Russian supplies. The common energy policy has been virtually absent and now, in less than ten years, the Green Deal aims ambitiously to reduce the greenhouse gases dispersed in the atmosphere by 55% compared to 1990 data. Adopted in July 2021, the “Fit for 55” climate package strengthens the objectives set in the 2019 Green Deal and delineates the new path to reduce harmful emissions by 55% by 2030 and eliminate them within 2050.

“What is the best time to plant an oak?” the owner of the land asked the gardener. “The best moment was twenty years ago” he replied “but the second best is today”. The old Chinese saying highlights the pointlessness of thinking about what should have been done ten or twenty years ago to optimise the energy provision and diversify its sources; it is better to devote efforts and resources to the current situation, to what can be done in the short term to manage the war emergency and to what must be done in the medium and long term to achieve the objectives of the “Fit for 55”. The goal is ambitious, fossil fuels meet roughly 80% of the global energy needs, the oil world daily consumption is about one hundred million barrels, over fifteen tons of coal, 11 billion cubic metres of gas. Huge numbers that cannot be drastically reduced without strong political will and a significant coordination effort between countries.

The current technological limits related to energy storage cause the massive use of renewable energies to be delayed over time (in any case, a huge number of batteries will have to be produced, rare earths will be needed, the batteries will then have to be disposed of). Remaining as concrete and realistic as possible, in the immediate future natural gas is the most efficient energy source to accommodate the energy transition: it is abundant, versatile in its applications, less polluting than oil and coal. However, for many reasons such as the lack of foresight, the excess of confidence in the potential of renewable sources or, maybe, to gain easy consensus among the public opinion, in different European countries the exploration of new gas fields and the installation of regasifiers – the plants that convert the liquefied gas to its gaseous form and make it available for consumption – have been blocked. The regasification plants are mainly concentrated in Spain, France and the UK, and certainly they are not able to significantly increase their capacity to cope with the emergency in the short term. Bruegel, a Brussels-based think tank, estimates that, in the event of a cut-off from Russia, next winter the European consumption will need to be rationed up to 15% (Bruegel, “Preparing for the first winter without Russian gas”, February 28, 2022).

The adoption of a common European energy policy can no longer be postponed and the current supply of renewable energies is not enough. It is necessary to plan an energy system that overcomes the current model of “vertical energy chains”, that is, organised with given resources allocated to specific uses: for example oil is used for transport and industry, coal and natural gas are used for heating and electricity generation.

The remodeling of the energy system basically involves all the different economic-political areas of the world. Focusing on the European Union, three main strategic choices stand out. First, the creation of a single European energy network through the connection between the existing national ones. In this context, there are some inefficiencies that can be overcome: just think of the American gas arriving in Portugal and Spain which doesn’t reach other countries due to the fragmentation of the national networks. Second, centralised purchasing of gas and, in general, energy sources. This path has already been pursued for the supplying of vaccines thanks to the successful initiative by the European Commission, which ensured that more fragile countries were not left behind. A similar approach could be followed in the energy context. And third, common storage of the sources, which can help in managing them more efficiently. This strategy should be implemented as soon as possible to let the EU reach a certain strategic autonomy in the energy field.

The legal foundations for an innovative and efficient common energy policy are provided by the Treaty on the Functioning of the European Union (TFEU). Article 170 promotes “the setting-up of an area without internal frontiers” for the interconnection of energy infrastructures; additionally, article 122 recalls the “spirit of solidarity between Member States” and allows a common energy supplying. Therefore, there is no need for a Treaty change. In both cases, less waste and more savings would be ensured and a completely new energy model could be created — integrated in the methods of supplying and distribution, as well as more geographically diversified and therefore more fair and stable.

[1] For a comprehensive discussion about the world political consequences of the current turmoils, please refer to another contribution published by The Ventotene Lighthouse: https://www.theventotenelighthouse.eu/strategic-compass-some-considerations-on-the-eus-role-in-the-world