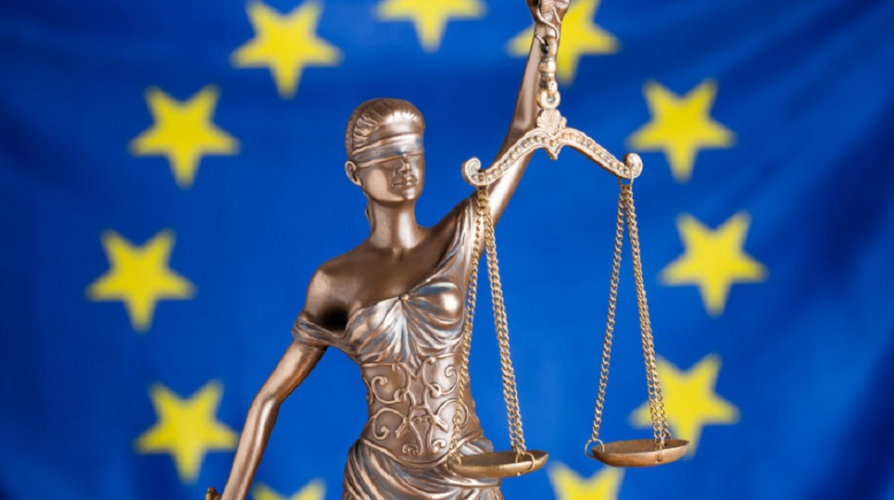 The agreement reached by the European Council on 21 July 2020 has been widely reported as a major breakthrough in European integration. Rightly so. For the first time, a very large bond issuance (to the tune of 750 billion euros) by the European Union will partly finance budgetary expenses and direct transfers to the Member States and sectors most in need of assistance due to the coronavirus pandemic. In addition, on paper at least, the EU leaders agreed on the need to introduce pan-European forms of taxation (on digital platforms, C02 emissions, even financial transactions), beyond a modest tax on non-recycled plastic, in order to finance the repayment of this long-dated common debt issuance. Crucially, the Recovery Plan is supposed to be spent through the 2021-2027 Multiannual Financial Framework (MFF), whose own resources ceiling is increased up to 2 per cent of the EU´s GNI. This also means the European Parliament is involved in the scheme. The combined size of MFF and the Next Generation EU fund reaches 1,8 billion euros.

The so-called ‘frugal’ Member States have for sure extracted a high price in exchange for their support for the deal. This includes higher budget rebates, a bizarre intergovernmental mechanism to interfere in the disbursements of the Recovery Plan, and lower ambition for the ordinary long- term budget. Still many analysts consider the deal as a Hamiltonian moment, if not in its details (the EU is not mutualising past debts), certainly in its spirit (the creation of a federal bond, which further down the road will require a common treasury and taxation).

Furthermore, the European Parliament was able to improve the European Council position, by securing 15 additional billion euros for strategic programs in the ordinary multiannual budget (Erasmus, Horizon 2020, Creative Europe, EU4Health, etc.), and a strong rule of law conditionality for the disbursement of the funds.

There are however two difficulties. One is methodological, the other political. On 16th November 2020, the Hungarian and Polish governments vetoed the MFF and the Own Resources Decision, unhappy with the rule of law regulation, endorsed by a qualified majority in Council. Indeed, articles 311 and 312 of the TFEU require unanimity for both decisions, something than itself calls for a reform of the Lisbon Treaty sooner than later.

There are two alternatives to this veto. Council could give in to Orban, watering down the rule of law conditionality. This will provoke a major institutional showdown with the European Parliament, which could in turn deny the consent to the proposed MFF. Alternatively, the EU institutions could try to circumvent the spurious position of two national governments by an intelligent use of the Lisbon Treaty provisions. In particular, the way forward implies decoupling the Recovery Plan from the proposed MFF.

First, article 122.2 of the TFEU allows Council to provide financial assistance to Member States under extraordinary circumstances and in accordance to some conditions (which are not specified). Two elements are noteworthy about this article. First, it does not say that Council will act by unanimity. Thus, qualified majority voting (QMV) applies as a rule (see article 16.3 TEU, and article 238 TFEU). Second, it does not specify the type of financial assistance. Thus, grants could be also given under this legal basis, as well as loans. Therefore, a bond-issuance can be agreed by QMV, and the capital raised can be spent in either loans or grants.

Therefore, a regulation could be adopted under article 122.2 TFEU by QMV in order to issue bonds and channel the funds through an ad-hoc fund, or through current EU programs under the prorogued MFF (article 312.4 TFEU). This additional spending is not necessarily in contradiction with the balanced budget rule (article 310.1 third paragraph TFEU), because the borrowed funds are considered “other revenue”/“external assigned revenue” under article 311 TFEU. Therefore, technically speaking debt is not an own resource and in principle would not be restricted by the prorogued MFF ceiling for spending. Indeed, the current MFF proposal did not raise the spending ceiling, just the own resources ceiling in order to comply with article 310.4 TFEU (overall respect for the own resources ceiling when adopting acts such incurring debt). This could solved by way of requiring guarantees from Member States, as it has been done with article 11 of the SURE Regulation. This can also be complemented by setting up a guarantee fund with the profits coming from the EIB, once fulfilled the reserve fund (article 22, EIB Statutes), a decision that could be taken by a majority of the Board of Governors (article 8, EIB Statutes).

Additionally, given the fact that article 122 TFEU is to be applied under extraordinary circumstances, this in itself could allow for its deployment as a stand-alone tool, exceptionally over and above MFF own resources ceilings.

Secondly, it is important to bear in mind that the adoption of the annual budget, under article 314 TFEU does not require unanimous agreement by Council. It is should possible to adopt and annual budget under a prorogued MFF, provided that article 312.4 TFEU is not too narrowly interpreted. It does say that MFF ceilings are extended alongside other dispositions corresponding to the last year of he said MFF, but it does not explicitly forbid adopting a new budget.

Then, both the bond issuance, and the 2021 annual budget that should start channelling the funds of the Recovery Plan could be adopted by QMV. Even the Recovery and Resilience Instrument, which is meant to provide the governance framework for the spending of most of the funds, is a regulation to be adopted as well under the co-decision procedure. Alternatively, if a budget for 2021 is not adopted for reasons connected with legal uncertainty, funds could still be disbursed from a fund set up on the basis of article 122.2 of TFEU.

So in reality Orban does not hold all the cards, provided Council is prepared to isolate him as his Polish colleague by way of approving , ideally, these regulations (bonds, budget, and governance) by QMV, as provided by the Lisbon Treaty. Of course the difficulty is that this alternative plan lacks the credibility provided by an increased own resources ceiling. However, the new basket of own resources is not in place, either. Under the current plan, the debt is not supposed to start redemption until the completion of the investments, while bonds are meant to be long-dated, to be repaid over thirty years. There is ample time to agree on the additional revenue sources later on.

Still, whether there is in the end an agreement of sorts or a circumvention of the two national vetoes as proposed, there is a larger political issue regarding the viability, accountability and democratic character of the whole scheme. Technically speaking, this is a temporary financial union (the €750 billion bond issuance is supposed to be a one-off), to be backed by a fiscal union that is to be introduced later on.

Making the deal a permanent feature of the Union’s economic policymaking toolbox will not, in the event, be an easy task. The ‘frugals’, even though they have been weakened by the UK’s departure, will nonetheless aggressively oppose any new bond emissions that are not linked to the pandemic. As for the fiscal dimension, the traditional attachment of nation states governments to the taxation prerogative it is well known. In addition, as any new EU funding sources of fiscal nature need to be approved by unanimity in the Council, as well as in 27 national parliaments, we are set for a tortuous process at best, or, at worst, for yet another dead end on EU taxation. In the event, national contributions to the budget would need to increase if new pan-European taxes are not agreed upon. Still, optimists bet on the fact that now that the Euro has a safe asset of sorts, it will almost be unavoidable to further issue debt beyond 2023, especially in a context of continued economic difficulties, while Member States may at the same time prefer to agree to some kind of EU taxation rather than increasing their direct national contributions to the EU budget.

Be that as may be, we must not forget that this ad-hoc financial union agreed by the European Council is mostly an intergovernmental affair. Under the current Lisbon Treaty rules, it is the Council, which solely approves debt issuance (Article 122), and the financial resources of the Union (Article 311). The European Parliament plays no role in the first instance, and it is only consulted in the second, although its agreement is required for the spending side of the budget. The anomaly of a Parliament that plays no real role in the revenue side of the budget (be it in the form of debt or taxes), but that has a deciding role in its expenditures, is a well-known feature of the EU’s institutional framework. This political and constitutional imbalance becomes even more acute if debt becomes a standard financing tool and revenue is rebalanced away from direct contributions made from the national budgets towards pan-European taxes that will fall on cross-border activities (digital platforms, and C02 emissions for example), and therefore on specific EU companies operating in the single market. It is hard to see why these taxes would be approved by national parliaments, when they are not indeed national forms of taxation, with no role whatsoever for the European Parliament.

Therefore, not only is a stronger European Parliament necessary, but also a more transparent, democratic and efficient Council, working hand in hand with the elected chamber, in a bicameral system. A fuller, more federal political union is thus the logical counterpart of the nascent financial and fiscal union. The Conference on the Future of Europe therefore is more relevant than ever.