The Anthropocene and Political Action 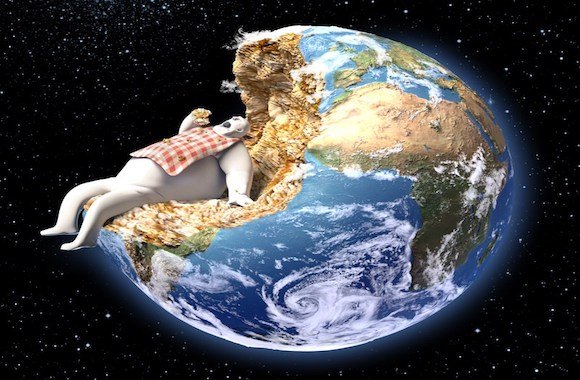 1. Young people and their future – The global reach of the “Fridays for Future” movement has brought the environmental crisis to the attention of public opinion and international politics. Since Only One Earth, the conference held in Stockholm in 1972, the United Nations has been warning national governments about the risks of the destruction of the environment. Scientific studies on ecological systems and their possible collapse have increased exponentially in the meantime, from the research regarding the hole in the ozone layer to more recent reports on global warming and the mass extinction of animal species. Yet little or nothing has actually been done, despite the fact that the deadly effects of the environmental crisis are now evident. Pressure on national governments must be increased, with effective action on a global scale.

“Fridays for Future” initially asked governments to heed scientists’ warnings. It was no use: the inaction continues. Now civil disobedience protests are being planned, similar to the type of action pursued by “Extinction Rebellion”. Yet rebellion is just the beginning of political action. There has to be a strategy based on achieving a specific aim. A global problem calls for global solutions.

2. The Anthropocene century – In the year 2000, a group of scientists came together to address the issue of the changes taking place in the geological epoch known as the “Holocene”. Paul Crutzen, winner of the Nobel Prize for Chemistry, interrupted the meeting with the admonishment, “Stop saying the Holocene! We’re not in the Holocene any more”. Crutzen’s point was that the changes under way were being caused by humans, not nature, and the name he came up with to convey this was the Anthropocene. Indeed the Anthropocene is the epoch in which the future of life on the planet now hinges on human action, or inaction. This term has become a cultural paradigm, explored by natural scientists, social scientists and philosophers alike. The Indian historian Dipesch Chakrabarty notes that we can no longer write the history of humanity, as has always been done, as distinct from natural history. From now on, history must be written framing the human species as part of the history of other living species. Darwin himself highlighted this connection. The human species is not exempt from the risk of extinction; it is not immortal.

Politics needs to embrace this point of view too. The political subject of the twenty-first century is no longer a class, a state, a group of states or a dominant culture; it is the whole of humanity. Those who want to be in politics have to come up with initiatives, economic, social and institutional reforms that will enable humanity to plan its own future. This new humanism is based on a notion of civilisation that rejects all those who, still today, are guided by Nazism/Fascism and racism. There can never be another Auschwitz. Today, those in politics must think and act like citizens of the world.

3. Sustainable development – With the publication of the “Brundtland Report” in 1987 –  which defines sustainable development as development that “meets the needs of present without compromising the ability of future generations to meet their own  needs” – it finally seemed that it would be possible to come to an agreement within the framework of the United Nations to address the environmental challenge. Yet crucial difficulties soon arose. The technologies for removing greenhouse gases were not yet mature, and using them would have led to a significant increase in production costs for some industries. Secondly, the gap between rich and poor countries became evident. The costs of cleaning up pollution could not simply be divided by population on a per-capita basis: emerging countries had no intention of paying the price for the environmental destruction that the polluting industrialized countries had caused in the past. Lastly, the threat of the sixth extinction of living species had increased exponentially, but it was not clear what should be done to protect the surviving biodiversity.

Yet these issues do not justify the continuous postponement of decisive global solutions. The political crux of the problem, which supporters and opponents of sustainable development overlook, is the fact that humanity is divided into sovereign nation states.  The international system, also known as the Westphalia system, is founded «on the principle of the sovereign equality of all its Members» (Art. 2, UN Charter). The Westphalia system survived the French Revolution: it is the dogma upheld by every national government. At all the UN conferences on environmental issues, a unanimous decision therefore has to be reached between 193 “equally sovereign” countries. The consequence has been a lot of buck-passing, i.e. countries continuing to postpone the measures required to “meet the needs of future generations”. In democratic countries, electoral terms last four or five years. It is therefore in the interests of all governments to pass on the costs of cleaning up pollution to subsequent administrations, and let them be shouldered by future generations. Today young people have realized that their future might consist in gradually suffocating to death on a desertified planet. This buck-passing policy has to end. Even those living in undemocratic or authoritarian countries are aware of this. The future of humanity cannot be conditioned by the existence of borders, be they geographical or political.

4. What can be done? – In 2015, all of the UN member states approved the “Sustainable Development Goals” (SDGs). The 17 goals represent a coherent set of policies that could set humanity on a path to sustainable development. Yet the UN does not have any instruments of government it can use to persuade the “equally sovereign” countries to adopt the policies needed to implement the plan. What is needed is for at least the continent-size countries – members of the G20 – to agree to entrust the UN with some powers of government, as its Secretary General, Antonio Guterres, asked when the pandemic broke out. Guterres wanted the IMF to issue Special Drawing Rights (SDRs), a global quasi-currency, to help poor countries in difficulty and reinforce the WHO. This could be accompanied by the creation of a UN budget financed with a levy on the major multinational companies that currently hide their profits in tax havens. With these resources at its disposal, the UN would be in a position to launch a World Green Deal.

If we want to stop passing the burden to future generations, we need to endow the UN with limited but effective powers. Every country would benefit from a plan for the sustainable development of the planet (SDGs). A political community cannot exist if it does not accept a government or governance, that is, a peaceful but binding system of coordination, to ensure that collective decisions, reached democratically, can be enforced. International democratic cooperation is not an unrealistic utopia; it is a necessity. The European Union has already taken steps in this direction. Global governance, and peaceful cooperation between UN members, is possible.

What happens in the twenty-first century will decide whether humanity has a future. While some visionaries are looking into colonizing other planets, it is worth remembering that Planet Earth is the common home that we cannot destroy. Civil disobedience will only be effective if it combines protests against the malgovernment of the planet with proposals for a peaceful global governance.