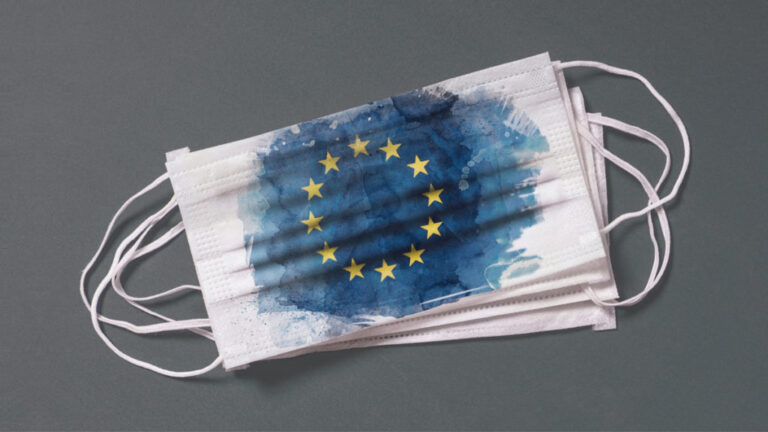 The COVID-19 pandemic has profoundly shaped and speeded up the actions taken at European level, especially regarding the economic governance. As a consequence, also the debate about further reforms has been affected, as the previous agenda has been totally overcomed by the events.

This crucial aspect about the future of the EU economic governance has been addressed, among others, by a Policy Brief of the Jacques Delors Centre (“Everything will be different: How the pandemic is changing EU economic governance“), which highlights and discusses some key points. Based on this very interesting work, we would like here to provide our thoughts and recommendations on the main issues raised.

The first aspect to deal with is the newly EU fiscal capacity and its common debt. First of all, it is worth noting that the EU has been able to incur common debt under the current Treaties, which made it possible to provide a common answer to the crisis in a relatively short time. This will also enable the EU to fund new common expenditures in the future, under the legal basis already used. It is telling that Paolo Gentiloni, the European Commissioner for Economy, has recently noted that “if you introduce a new tool that works, it can be repeated”.

The Next Generation EU has been a dramatic turning point in the process of the European integration. For a start, the European Commission has been invested with the duty of closely monitoring the investment plans drawn up by the member states. Even if the projects will not be directly managed by the Commission itself, the investment guidelines provided and monitoring authority assigned at European level gives to the Next Generation EU a real sense of common federal action.

Additionally, the Next Generation EU allocates the resources to the member states by taking into account the asymmetric effects of the crisis. In general, it can be argued that a larger EU budget was badly needed in any case, regardless of the current economic situation: indeed, a large centralised federal budget is required for a currency union to work properly. Specifically, one of the primary goals of a federal budget is to provide support to specific areas within the union affected by an asymmetric shock. The ECB had already taken a comparable step in March 2020 when it launched the Pandemic Emergency Purchase Programme (PEPP) and, in doing so, it dropped the Capital Key rule by allowing itself to buy more sovereign bonds of the countries hit hardest by the pandemic. With the creation of the Recovery Plan, also the fiscal lever is now available to tackle asymmetric shocks, bringing the European Union closer to a proper federation.

Apart from the importance in fighting the COVID-19 related crisis, a key issue is what all this means for the future. According to the current redemption schedule, the EU will eventually withdraw its bonds from the market (the current plan is to start repayment in 2028, over the next three decades). This would be a mistake. It’s preferable for the EU to roll over its debt and keep its safe bonds on the market. Firstly, simply because withdrawing the EU common bonds would essentially mean transferring such a debt on the member states, which would be politically undesirable and financially expensive. But most of all, keeping the EU bonds on the market would be essential for creating a Capital Market Union, strengthening the international role of the Euro and making it easier to set up new European investment plans in the coming years. It is no surprise that Mario Draghi, the former ECB boss and current Italian Prime Minister, has recently called for the creation of the Eurobonds. In particular, in a comparison with the US, he stressed the importance of having a truly Euro safe asset, an integrated Capital Market and a Banking Union: these aspects would help creating a vast, common market for firms and consumers, with the obvious related benefits.

Lastly on this topic, the reform agenda must include a rethinking of the public debt and deficit rules. This aspect is far too complex to be technically addressed here; it needs an in-depth analysis by economists and politicians alike. We want here just to highlight a couple of points. The various thresholds on the public debt and deficit, as well as the path to reduce and keep them under control, were set up in a completely different economic context. Now, we have been facing a low interest rates – low inflation environment for more than a decade. Only in recent times economists have seriously started talking about inflation again, as lockdown measures are going to be eased and the effects of the enormous fiscal and monetary stimulus on the price dynamic have yet to be fully seen. In general, the need is to combine a set of rules that are flexible, in order to be adapted to the evolving economic environment, but also credible – for convincing the market and the public that the Government debts will not run out of control. But even more important, the rules need to be rethought in light of the new European public debt, which removes the burden of some expenditures from the national Governments and which in effect has created a new big macroeconomic player: the European Union.

After the Euro crisis, the EU created a framework for preventing and managing future shocks. The main problem with this architecture was that the process was largely technocratic, and the Economic Recommendations given to the member states were widely ignored. The monitoring authority given to the European Commission within the Next Generation EU will replace such a construction, transforming a technocratic process into a political one. Regardless of the specific form that future common investment vehicles will have, it will be necessary to maintain this type of control for economic policy coordination. Indeed, this political mechanism is far better than a technocratic one since it is more transparent and it makes the Commission accountable in front of the European citizens, making the whole system more democratic and understood from the general public.

Against this backdrop, one clear example is provided by the European Stability Mechanism (ESM). The ESM was an instrument specifically designed to be used during periods of financial distress and, given the exogenous nature of the crisis, the member states agreed to remove almost all the conditions attached to it: the only one remaining was to use the funds for health care costs, both direct and indirect. And yet the ESM has totally gone unused. The reason for this failure is twofold. First of all, in many countries populist parties used the pretext of the old tough conditions imposed during the Greek crisis to campaign against the new ESM which, as said, has actually been cleared by these very conditions. If you think this makes no sense, it’s because it doesn’t. Nevertheless, the intergovernmental nature of the ESM didn’t help in making it transparent and easily understandable by the citizens, thus somewhat facilitating the populist argument.

But most of all, the reason lies in the fact that no country would have known what to do with the ESM funds. Applying for the ESM loan required a plan for reforming the sanitary system, which no one had prepared. The pandemic has swept all national health systems and shown how ill prepared they were for managing a major challenge. In this respect, it would be more appropriate to introduce a European basic health system: the aim should be to provide common guidelines to the different countries in order to ensure equal treatment for all citizens of the Union, especially – but not only – in critical situations. Indeed, inequalities are totally unacceptable when it comes to personal health. A good case in point is given by the vaccines: smaller and less rich member states would have incurred difficulties in getting a fair share of vaccines. The centralised management of the situation by the European Commission, which was put in charge of procuring vaccines for a population of 450 million, has prevented this intolerable outcome. This is true, of course, regardless of the possible errors in the negotiations made by the Commission: this is not a judgment on the goodness of the work of the Commission in this case; this is an indication of how it is appropriate to structurally divide the tasks between member states and Europe to avoid inequalities. Setting up a European basic health system would help in ensuring equality in such a relevant context.

These examples show that the political interventions – which are necessary to implement the NextGenEU investments – make the Commission’s action increasingly political and not just technical, as it was when the European Semester was in place. And this will inevitably affect the future European governance.

Lastly, the events of the last few years have cast doubts on the need of focusing certain reforms on the Eurozone dimension instead of the whole EU-27. The first step in this direction has been the UK’s exit from the EU. Even if “Remain” would overall have been a preferable outcome and the effects of Brexit will be a controversial issue for a long time, it is known that the UK has often tried and succeeded in watering down ambitious EU reforms. As a consequence, the focus needed to be shifted on the Eurozone dimension to make significant progress in such areas. As Brexit has become a reality, this is no longer the case. Indeed, it can be argued that the Next Generation EU would not have been possible with the UK in the EU (even if we cannot be sure of this, given that the dramatic circumstances called for unprecedented answers).

In addition, the non-euro member states have lost considerable weight. And looking forward they will even more, as new countries will join the Eurozone. This reinforces the case for addressing more issues at EU level, leaving aside the Eurozone format.

As a matter of fact, the Next Generation EU is a EU-27 project, as well as the 2021-2027 revamped EU budget. This has made the talks for a Eurozone budget totally obsolete and the decision-making has shifted at EU level. This is not only good in principle, but also convenient in practice: acting within the framework of the Union law makes it often possible to take decisions by qualified majority, instead of by unanimity. This allows to speed up the process of decision-making, a key point in successful politics. In this context, it is very important to point out that we are not facing a trade-off between reactive decisions and democracy. At a first glance, it may seem that unanimity requirements guarantee the respect of the will of everyone; but in reality, a situation where a single country has the power to block the other 26 can hardly be defined as a functioning democracy. Thus, the right direction should be to make it clear that in certain areas the sovereignty is correctly allocated at European level – for better serving the interests of all member states, as in the case of the Next Generation EU – and that in such areas the EU-27 framework should always be chosen whenever possible.