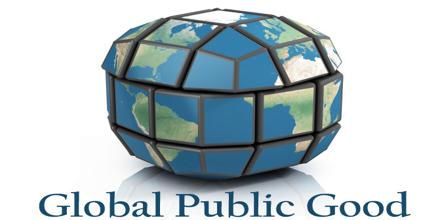 The economic crisis of 2008 has demonstrated the naïve simplicity of the view that, if the economic policies of individual economies are geared towards domestic economic stability, and private actors are allowed to operate freely in such an environment, the global economy would work well. On the contrary, the said event has clearly demonstrated, on the one hand, how the markets’ self-correcting power suffers numerous limits and, on the other hand, how the search for economic stability requires a joint effort  by states, international and supranational organizations like UE as, due to economic and trade globalization, financial crises such as epidemics no longer know borders.

In the Book Stabilità economica e sostenibilità (published by Giuffrè-Lefebvre, Milan, 2020,432 pp),  the conceptual category of economic stability in its different forms (monetary, fiscal and financial) is reconstructed within the regulatory framework of international economic law. It focuses,  in particular, on the relative legal nature of global public good for the supply of which a plurality of public and private subjects and actors (states, international economic organizations, rating agencies, sovereign funds, multinational enterprises, hedge funds) are involved, operating on bases, perspectives and aims that do not always coincide and sometimes are even in potential conflict.

A public good[1] that – because of the properties that characterise it and the positive externalities it is able to produce – is in the common interest of all the subjects of international law and its different actors that make up the international economic community to commit themselves to its pursuit and supply. This, thus, ensures its widespread enjoyment for the benefit of all, while at the same time preventing dangerous opportunistic phenomena of free riding and moral hazard, which are at the root of many of the situations of economic instability occurred in recent decades. This is the position clearly expressed in 1999 by United Nations Development Program with its Human Development Report, in which it was highlighted how ‘global public good’: it is a particular type of public good  which  share  two fundamental characteristics: non-excludability and non-rivalry, differentiating themselves from purely domestic ones in force of three criteria: geographic (their positive effects extend over more than one group of countries), socio-economic (the effects concern both “rich” and “poor” countries) and generational, since they involve the whole Humanity.[2]

But the policies and stabilisation mechanisms adopted both at international and European level to overcome the current serious economic uncertainty and so to restore economic stability have been essentially inspired by a strict conditionality. In other terms, we are in front of solutions that have entailed and still entail significant costs if we consider the social repercussions that those choices have determined. Inevitably (see the Volume Stabilità…), many doubts and critical issues have been raised not only about the effective compatibility of those instruments with regard to the protection of economic and social human rights, but also about the limitations they have imposed on States, especially those most in need of economic and financial support in terms of exercising their (economic) sovereignty. This has also raised the question of how to reconcile democratic methods and technocratic solutions, especially when certain choices, that have a decisive impact on the lives of individuals and the various national communities, have been taken – partly because of the urgency of the moment – within fora and decision-making centres that lack effective democratic legitimacy.

The burden-sharing which the production of the stability good imposes would require, instead of making recourse to the traditional international method based on multilateral or plurilateral cooperation, to adopt the supranational one, through which the member states of an organization, such as the EU, decide to limit their sovereignty, attributing to the institutions of the organization the power to take binding decisions for all states members. But, the european model represents an unicum in the international panorama although there are some legal entities like the International Tribunal for the Law of the Sea (see UN Convention on the Law of the Sea in its part XV), albeit with limitations, defines a system of mandatory jurisdiction, as occurs also in the case of WTO dispute settlement system that seems to go in that direction so as to be considered as “…a body of transition from international law to supranational law, because it obliges countries that are not in agreement to reach a compromise on the basis of a defined process…”[3]

So, at the moment, with the significant exception of EU, the “production” of GPG at global level can essentially take place through cooperative and multilateral strategies above all based on the principle of differential treatment between developed and undeveloped countries, a concept that strongly characterises international economic law and international development law. In fact, as examined in the Book Stabilità, it reflects the need to consider not only the different material conditions that characterise the numerous situations involved, through a “gradation” of the obligations incumbent on them or through a better contextualisation of these obligations, but also and it intends to recognise the different level of responsibility of the different countries and economic actors in determining the conditions of economic instability and the direct and consequential damages that can derive from the latter situation for the International Economic Order considered as a whole. A situation that could be partially resolved if there was the will by states to reform the International Monetary Fund or even better to introduce an international agency responsible for the solution of financial crises based on the model of the International Seabed Authority (ISA) by which it has been introduced a mechanism for the management and control of activities related to the exploitation of mineral resources in the maritime area (outside national jurisdictions) as considered a global public good which protection is in the common interest of humankind.

Succeeding in implementing this aspect and, at the same time, combining economic reasons – especially those related to the balance of public accounts – with social aspects related to the defence of human rights is a very important challenge for States, for the international community and for the entire humanity. The need to go beyond gross domestic product and other economic variables that work around that figure to measure economic growth, development in general and, above all, the well-being of a society, is becoming increasingly necessary without, however, chasing utopian models of happy de-growth. In fact, the use of new indicators and the achievement of new goals and targets as set out in the UN 2030 Agenda for Sustainable Development go in this direction. For these reasons, as carefully analysed in the Book Stabilità, the implementation of the Principle of Sustainable Development can represent an opportunity for defining a new method that is used to achieve an effective balance between political and economic interests and social interests, in some cases, as noted, opposed to each other.

The said principle expresses not only a new vision in terms of behaviour and method of action, but, above all, it can be the means of reaching a fair compromise at international legal level between the need to ensure a stable economic and financial system and the defence of the economic and social rights of the person, at least of those rights considered essential. This is, as clarified in Book Stabilità, a good way for preventing new crises and above all protecting the interests of future generations, as the Brundtland Report – which has given impetus to the Principle of Sustainable Development – urges us to do.

[1] A public good is a good that is both non-rivalrous and non-excludable: that is, one’s use of a public good does not reduce the availability to others and one cannot effectively prevent the use by others. Consequently, two important features of public goods are that they will not be provided if left solely to the market, and that they tend to be consumed excessively when they are provided at all.

[2] The definition of global public good was then further clarified by the World Bank, with particular regard to issues related to the issue of development for which “global public goods are commodities, resources services and also substantial cross-border externalities that are important for development poverty reduction and can be produced in sufficient supply only trough cooperation and collective action by developed and developing countries” and subsequently in 2006 by the International Task Force on Global Public Goods, set up at the Johannesburg World Summit on Sustainable Development in 2002, for which global public goods are “issues that are boadly conceived as important to the international community that for the most part cannot or will not be adequately addressed by individual countries acting alone and that are defined trough broad international consensus or a legitimate process of decision making”.