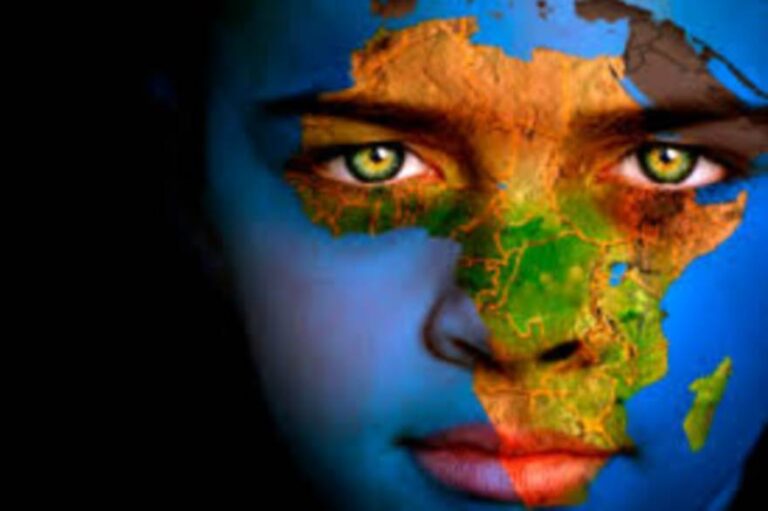 Since the end of the Cold War, the interest of the two superpowers in the economic and political development of the African continent has steadily weakened. The new Chinese superpower has increased its involvement, but in neo-colonial form, exploiting mineral and natural resources, paid for with investments mainly in the transport network, to facilitate the penetration of Chinese goods in domestic African markets. In this period Europe has been practically absent, except in some local disputes, and it has mainly pursued its policies through bilateral relationships.

Things are changing radically with the explosion of the migration problem, now one of the main issues in political disputes between European countries. This also regards flows from the Middle-East and some Asian countries, but the main flow of migrants comes from the Mediterranean and Sub-Saharan area, with people travelling through the desert to the coast, where it is easy to find a boat to reach Europe.

To put the issue of controlling the flow of migrants into European territory into the right perspective, we must start with a brief analysis of the current state of sub-Saharan economies. From the mid-1990s, for about 20 years, most of the sub-Saharan countries saw high rates of economic growth. But since 2015 growth has slowed down, in particular for resource-intensive countries, mainly due to the terms-of-trade shock of 2014, when oil exporters faced the largest drop in real oil prices since 1970. For non-resource-intensive countries, growth has been more or less in line with forecasts. Nevertheless, on the whole, “by 2023 more than half of sub-Saharan African countries won’t see a narrowing in their per capita income gap with the rest of the world. And these countries are home to more than two-thirds of the region’s total population”[1].

In sub-Saharan Africa in 2019, income growth remained at 3.2 percent, and was estimated to rise to 3.6 percent in 2020[2]. Growth was predicted to remain strong in non-resource-intensive countries, averaging about 6 percent. If this had been the case, 24 countries, home to about 500 million people, would have seen their per capita income rise faster than the rest of the world. In contrast, growth was expected to be slow in resource-intensive countries (2.5 percent), meaning that 21 countries were expected to see a per capita growth lower than the world average. While in this setting it appears more and more difficult to generate jobs for some 20 million new entrants into the labor market every year, it must be underlined that some 40 percent of people in sub-Saharan Africa live on less than US$1.25 a day.

The current outlook for 2020–21 is considerably worse than expected and subject to much uncertainty[3]. This is due to a weaker external environment and measures to contain the COVID-19 outbreak, which has been accelerating in several sub-Saharan African countries over the past few weeks. Economic activity is now expected to contract by 3 percent in 2020, before recovering by 3.1 percent in 2021. This represents a drop in real per capita income of 4.6 percent in 2020-21, which is larger than in other regions. Across country groupings, growth is expected to fall the most in tourism-dependent and resource-intensive countries. Growth in non-resource intensive countries is expected to come to a near standstill. On average, per capita incomes across the region will fall by 7 percent compared to levels expected back in October 2019, coming close to those seen nearly a decade ago.

This outlook presents significant downside risks, particularly regarding the evolution of the pandemic, the resilience of the region’s health systems, and the availability of external financing. Policy makers aiming to rekindle their economies have limited resources at their disposal and will face some difficult choices. The region presents a large financing gap. Without significant additional external financial assistance, many countries will struggle to maintain macroeconomic stability and meet the basic needs of their people. The need for transformative reforms to promote resilience—including revenue mobilization, digitalization, and fostering better transparency and governance—is more urgent than ever.

Despite the slowdown in growth rates in recent years, the overall outlook remains promising, given that African GDP was expanding faster than the world average, and the existence of factors that will greatly help to increase the speed of economic growth in African countries. The first is rapid urbanization, strongly correlated to the rate of real GDP growth, because productivity in cities is more than double that in the countryside.

Africa has a large, young workforce, an important asset in an ageing world. An expanding working-age population is generally associated with strong rates of GDP growth. The employment of this workforce depends largely on the ability of African countries to fully exploit the huge potential of technological change. This in turn is strictly linked to a massive increase in investments aimed at creating human capital. Furthermore, Africa contains 60 percent of the world’s unused but potentially available cropland, as well as the world’s largest reserves of mineral resources.

The exploitation of this growth potential is mainly hampered by the shortfall in much needed investments in infrastructure. For instance, 600 million Africans are without electricity and lighting. The African Union has set up a continent-wide agency for electrification, which has come up with a plan to achieve 100% electrification in 10 years. Implementing this plan will require financial aid from the EU to the tune of 5 billion dollars yearly for ten years, which will provide the leverage for releasing the private funds of up to 250 billion dollars needed to fulfil the electrification plan.

300 million Africans are without access to clean water and only 5 percent of the available cropland is appropriately irrigated. But beneath the dry African soil there are reserves full of underground water: according to recent research by the British Geological Survey and University College London, the water reserves are 100 times greater than the volume of water available above ground.

The water supply could be increased by using new, technologically advanced, desalination plants. This opportunity could be exploited if the electricity required is provided through major investments in solar energy production.

Investments in water and energy, and the creation of human capital, are the first requirements for an effective African growth plan, which the European Fund for Sustainable Development should support, providing guarantees that could mobilize about 44 billion Euros in new investments. This flow of new investments would foster policies to deal effectively with the challenge of managing the increasing flow of migrants toward the European coast. But this plan has to comply with political requirements as well. One priority should be establishing political stability and security in the African countries that migration flows originate from.

In mid 2019 the total number of extra-continental African migrants was 26.5 million, i.e. 2 % of the total African population, but it should also be noted that in 2019 over 21 million African nationals lived in a neighbouring African country (up from around 18.5 million in 2015), and in the same year the number of African nationals living in different regions within the continent was nearly 19 million (up from 17 million in 2015). Looking at the ‘big picture’ of intra-African migration, policies and activities, will enable both the African Union and the European Union to formulate a comprehensively integrated, customized response[4].

Another reason for Europe’s increased interest in the future of Africa regards energy. Concerns about the issue of climate change and difficult relationships with the oil-producing countries have forced the European Union to come up with policies to progressively curb the use of fossil fuels and promote the exploitation of renewable resources. The Sahara desert is viewed as an inexhaustible source of solar energy, but exploiting this requires technological innovation and massive investments, as well as a commitment to foster security and political stability in the region.

Thus, the future of the European Union appears more and more linked to the growth – both economic and political – of African countries, with a new approach that envisages a close partnership between the two continents. This new policy not only requires many steps forward by Europe, but a new approach by African countries as well.

In the coming decades Europe is committed to greatly reducing the use of fossil fuels in order to achieve greenhouse gas neutrality by 2050, thus complying with the terms of the Paris Agreement of 2015. Clearly this reduction must be accompanied by an increase in the availability of renewable energy, and Africa is a potential source of green energy. Yet this energy will only be  available with strong investments and new infrastructure.

A Growth Plan with Africa requires full cooperation between the European Union and the African Union, and could prove to be the fulcrum of an ecological transition that will launch the two continents in the direction of sustainable development. European financial aid is unavoidable, but the initiative should remain in the hands of the African countries concerned. As General Marshall said in his famous speech at Harvard University on 5 June 1947, launching his plan for European recovery after World War II, “it would be neither fitting nor efficacious for the American government to undertake to draw up unilaterally a program designed to place Europe on its feet economically. This is the business of the Europeans. The initiative must come from Europe and the program should be a joint one”. This lesson should be remembered by the European Union now, when promoting the idea of a Growth Plan with Africa.